So since my boyfriend is being boring playing Fifa, I now find myself writing another blog post. So since finishing University I have felt a bit lost in translation but, at the same time have relished the fact I can take any opportunity that comes my way. A bit of a downer on the NHS job front all of the applications I submitted got rejected 😦 !! However, I did ask for feedback and the only comments I received were I didn’t have HCPC registration (which I now have finally so no stopping me).

I had received some information regarding some bank work at Walsall Manor hospital which was positive. However, again being back at home I am limited by my current location in Chesterfield and have no funds to rent anywhere.

A little side story: when I was sorting out my application for bank work I was in bed when I had an emailed pinged from NHS jobs saying that Walsall Manor Hospital had a permanent band 5 post (I have only just realised that NHS jobs email you at the end of the day rather than the morning for any new jobs). So lying in bed I thought oh its fine it has only just gone up so I can apply in the morning…. Rookie error by 11 am the  job had gone gahhh!! At this point I had put in quite a few applications so I was getting a bit impatient, so being the keen bean I am I rang the line manager to check it was due to the number of applications (which it is was). However, the manager was really nice and said if I have my HCPC I could be put through to interview from being on the bank. Unfortunately at this point I didn’t have it and had to face another turned down application. But it does show if you are really interested in a post which you have missed it is worth calling the manager after to  discuss whether it was due to the number of applications.

So on a brighter note being an unemployed graduate has worked in my favor. Gerard Greene who I work for doing CPD course admin at Harborne Physio had spotted a job opportunity through one of the clinics he follows on twitter. He suggested it to me which I grasped with both hands.The job is at Worcester Warriors acting as physio for the junior and senior camps over the summer. To get the post I had a skype interview with the clinical director and one of the clinical specialists at the Markland Clinic.  I was a bit rushed for my interview, (which for people who know me is not like me, as I had stayed at my boyfriends in Sheffield so I felt a bit flustered for the interview). Tip 1: arrive to your interview with plenty of time and prepare for your interview!! The sort of questions I got asked were:

What do you know about the Markland clinic?

Talk us through how you dealt with a sporting injury?

Tell us about your strengths + weaknesses?

How would you deal with a player who’s family lived away from the camp who needed to go to hospital?

How would you deal with a difficult player?

What approach would you take with the parents, coaches and players?

And some more which I can’t remember…

Once the interview got started I felt a lot more comfortable and it went fairly well which resulted in me getting the job!! I am so excited for the opportunity and I will update you with how it goes. I am sure I will have a few stories with me being the only physiotherapist on site.

Another contact who was very helpful was my course mate Ciara Horne (http://www.ciarahorne.com/) who is a track rider for Welsh cycling. Ciara also rides on the roads for the Breast Cancer Care Cycling Team who were short of a Soigneur (sports massage therapist ) for the Krasna Lipa Tour de Feminin in the Czech Republic. So when Ciara asked me I jumped at the chance to go as you never know what other opportunities may come of it. So I spoke to the manager booked my train tickets to London to set off for a very long drive to the Czech Republic. So a brief introduction to life as a Soigneur can be found below.

Day 1:I caught the train down to London to meet Rene Groot the manager and Colin Baldwin the other Soigneur. To start our journey we took the Euro tunnel and headed through France, Belgium, Holland (unintentionally) and Germany where we stayed the night before travelling further to the Czech Republic. We had set off from London about 1.30pm  and arrived in Germany about 1.30 am so a fair trip (this included food, toilet and pick up stops).

Day 2: We had to travel over to Dresden in Germany to pick up the team as some of the riders are based in Belgium where Scottish cycling lease a house and some of the others who had flown over to meet us. So in total we had 7 riders, 1 mechanic, 2 soigneurs and the manager.  From Dresden we headed for Krasna Lipa, Czech Republic to register the riders for the race. After registering we headed to the accommodation, which was an old school, luckily we were one of the lucky teams who had a communal area which meant we could set up the massage tables (shame we were on the 2nd floor as there was a lot of unpacking).

Day 3,4, the riders had a stage race and had pre and post massages for the event. The girls on the team were lovely and I learnt the job of Soigneur from the best, as Colin had previously worked with the likes of Bradley Wiggins and Sarah Storey. As this race was my first cycling race I had been to watch, a lot of it was all new to me, for example, during stage races riders were given more drinking bottles at feeding stations (which me  and Colin found difficult to find sometimes) but I learnt very quickly and all the girls managed to take fluid and mix from us at the stations. I can’t tell you the adrenaline rush of a group of cyclists speeding past you and you hoping you don’t drop their bottle during the race. So apart from sports massages and feeding, Soigneurs were also responsible for pretty much any other task the riders needed for example we did the supermarket shop, carried bags, first aid and a shoulder to cry on if any one needed it. It was fair to say both me and Colin fancied a glass of red at the end of the night.

Day 5 Was the time trial (TT) race in the morning and another stage race in the afternoon. I must admit I never knew how complicated bikes could be in terms of types, height, different saddle, mechanics  etc…. I thought horses were complicated.

Day 6 Was the final stage race in the morning before packing up for a long journey back to London. We set off at 3.30pm and I finally arrived back home about 3.30pm the next day, I suppose the only negative of going to these events but luckily I managed to get some good sleep through the 6 countries we traveled through. I think if you want to start working in sport you have to know how to fall asleep anywhere quickly.

See some pictures below of the trip!!

So that is me all up to date, I graduated last Wednesday which was a lovely day with all the physios and I am now just waiting on 4 NHS job applications to see where I go from there. 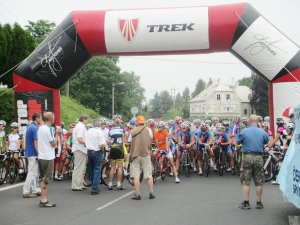